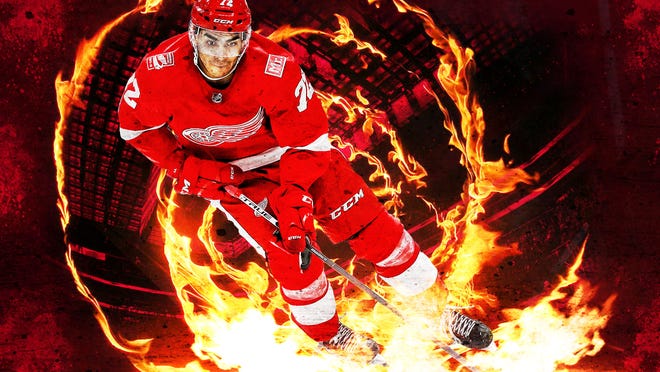 Go through the gallery above or go HERE to view Ted Kulfan's midseason grades and analysis for The Detroit Red Wings.

OK, not a ton of it, but the Red Wings believe they have advanced in some areas, and that it should benefit them the remaining 41 games.

“I like where our team game is at,” said coach Jeff Blashill, comparing this team to last season’s. “l like where a number of individuals are better. So I’m very happy with that.”

But, as coaches often say, this is a results-oriented business and the Red Wings remain out of the playoff picture.

Heading into Tuesday’s games the Red Wings were 11 points out of the third and final automatic playoff spot (owned by Toronto) in the Atlantic Division.

And looking at the wild card, the Red Wings trailed Pittsburgh by six points. They also trailed Carolina, Philadelphia and the New York Islanders by five points.

Additionally, the Red Wings only lead Florida and Montreal by a single point in the standings.

A rash of early-season losses hurt the Red Wings. They lost six in a row in October and seven more consecutively from Nov. 19-Dec. 2.

“Every game is tight and we haven’t won enough of the close games,” Blashill said. “Lately we have. For us to be where we want to be at the end of the year, we have to win these close games.”

With that in mind, here are the Red Wings’ midseason grades.