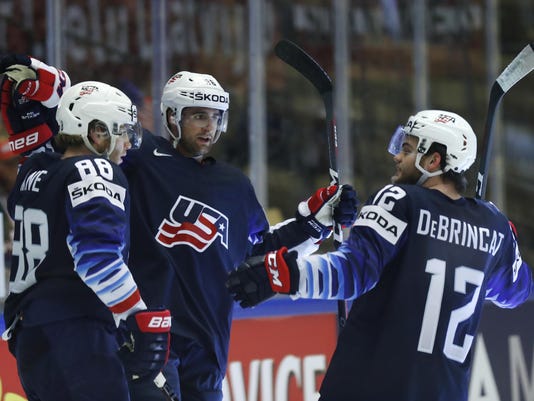 Detroit — Team USA stayed unbeaten Thursday at the men’s hockey world championships in Denmark with a closer than expected 3-2 overtime victory over Latvia.

Cam Atkinson (Columbus) scored 1 minute 23 seconds into overtime to give USA — coached by the Red Wings’ Jeff Blashill — its fourth consecutive victory in the tournament.