It sure sounds as though forward Filip Zadina might not be in the Detroit Red Wings' opening-night lineup. 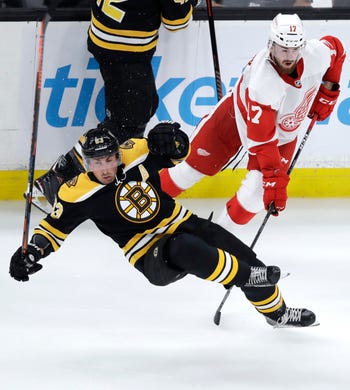 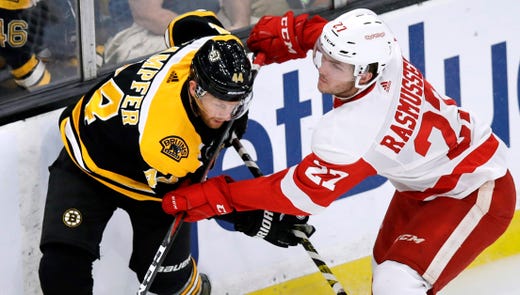 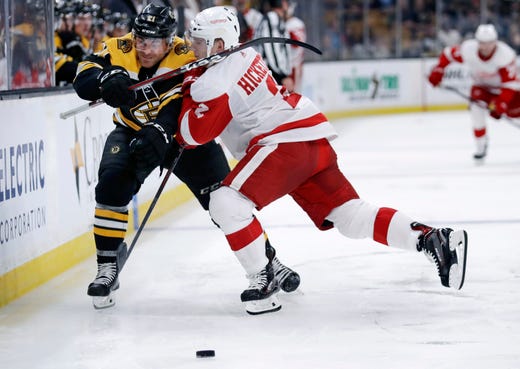 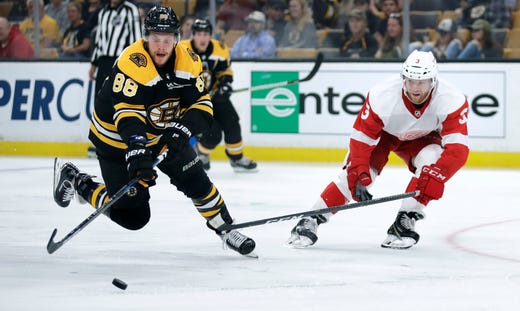 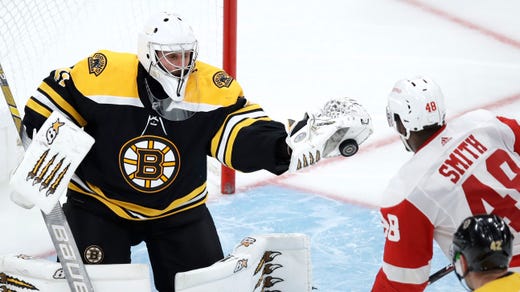 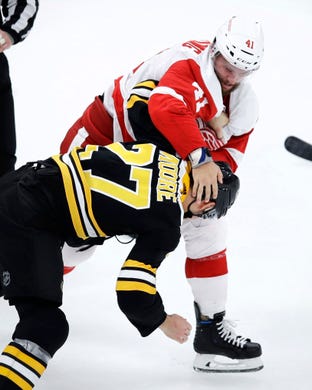 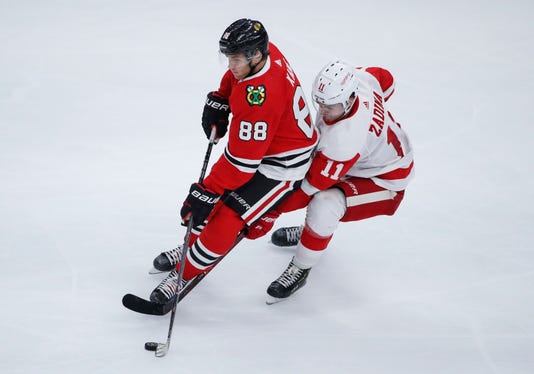 Detroit — The Red Wings haven’t finalized their roster — and don’t have to until 5 p.m. Tuesday.

But it sure sounds as though forward Filip Zadina might not be in the opening-night lineup.

Zadina, drafted No. 6 overall last June, continues to adjust to the pro game, and it appears the best course of action might be having Zadina begin his pro career in Grand Rapids.

On Wednesday night in Boston, during Detroit's 3-2 victory, Zadina scored the winner in overtime. He played 16 minutes, 3 seconds, and was plus-1.

“Filip Zadina will be a good player and there’s no doubt in my mind he may end up being a great player, he has the ability to do that,” coach Jeff Blashill said. “Understanding how to create space is something when you’re not super fast or super big, sometimes it takes a little while.”

Blashill used Tampa star forward Nikita Kucherov, whose playing style is similar to Zadina’s, as a player who spent time in the American League before graduating to the NHL and excelling.

“That’s the reality of a lot of guys like that, that aren’t super fast or aren’t real big,” Blashill said. “You have to learn through your hockey smarts to find that little bit of space in order to create more. Filip has been real close to make a number of plays. He’s had chances. They haven’t quite gone in yet, but they will go in.

“I don’t worry about him long term at all. Obviously in the short term, we’ll have to make decisions.”

“He’s very accountable (defensively),” Blashill said. “It’s just a matter of what’s best for his offense. We want him to ultimately be an offensive star. So what is best to get him to that as quickly as possible?

“If in the end we decide it’s Grand Rapids, than great. Then, go down there and be a star.”

If Zadina isn’t among the top nine forwards — and at this point of the preseason, it’s difficult to project him in the top nine — the Wings have long felt prospects are best served getting plenty of ice time in Grand Rapids.

“Most people in hockey would say that would be the correct (way for development),” Blashill said. “For his development, he’d be better off.

“It’s a natural progression and most guys do it, some of the best guys in the league do it and very few guys don’t have long-term success.”

With Zadina able to be farmed to Grand Rapids — and called up as needed — rather than be returned to his junior team in Halifax and being lost for the season, is a huge benefit for the Red Wings.

“From my perspective, as the coach, I certainly don’t want to lose access to him,” Blashill said. “If he goes down there and learns the space in the American League and absolutely tears it up, if that was the case and we sent him down, then that’s awesome.

“Then we can pull him back up and there’s certainly been examples of that.”

With opening night eight days away, Blashill said Wednesday there’s a chance defensemen Trevor Daley, Danny DeKeyser and Jonathan Ericsson might not be ready for the Oct. 4 game against Columbus.

None of the three are considered long-term injuries; the injuries are just nagging enough to keep them out until late next week.

The Wings knew defenseman Mike Green (virus) would be unavailable for the opener after contracting a virus that attacked his liver recently. Green will not be ready to begin the season.

If all four defensemen are unavailable, it could be a very young Wings’ defense corps on opening night.

“I would say they’re in question,” Blashill said of the three veterans.

Dennis Cholowski, Joe Hicketts, Libor Sulak and Filip Hronek are the young defensemen who have been battling for roster spots while going against increasingly stronger NHL lineups in this preseason.

“We want to see if come next Thursday they can help us win more games, and which ones can,” Blashill said. “The only way is to throw them into the fire a little bit.”

Goaltender Jonathan Bernier missed some practice time week, but was expected to start Wednesday in Boston.

… Forward Evgeny Svechnikov, squarely in the mix to win a roster spot, “tweaked” something during Tuesday’s game in Chicago, Blashill said, and did not make the trip to Boston.