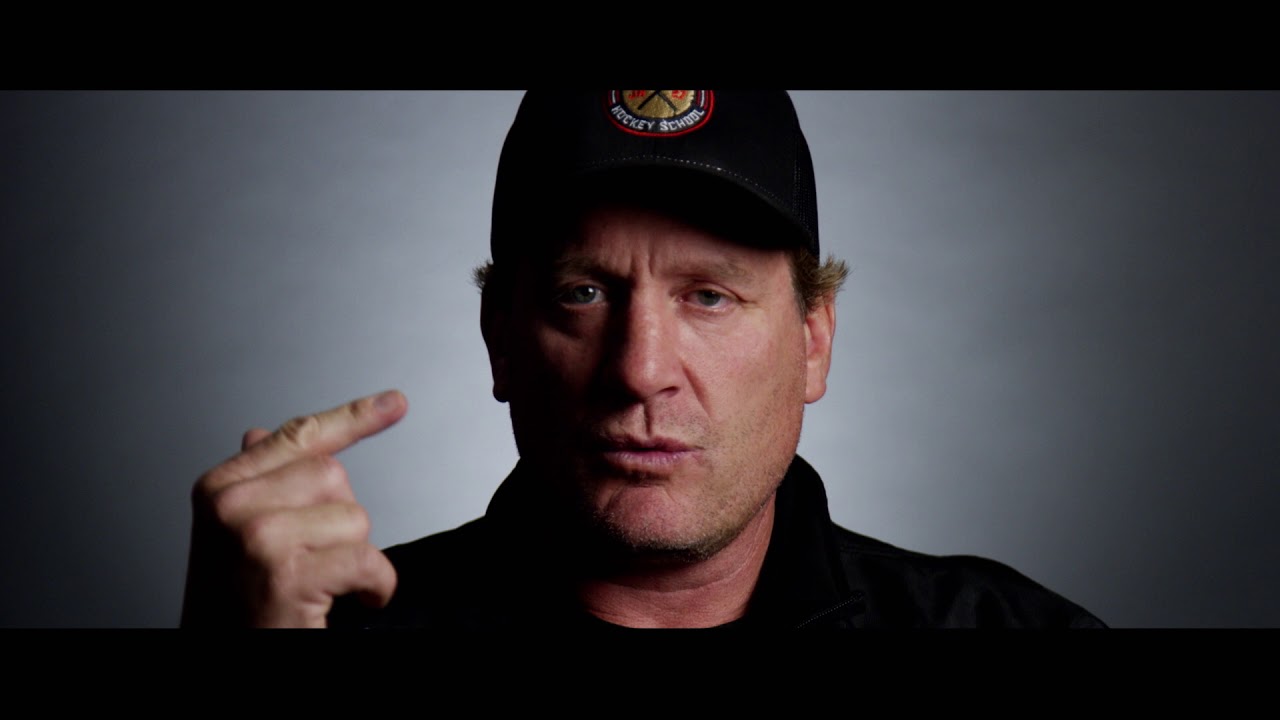 Detroit — The sound of traffic and horns in New York City transitions to the hubbub of hockey fans inside Madison Square Garden, as the film begins.

An aerial shot of the arena and the cross-hatch streets of Manhattan appears.

As a diminutive Rangers player skates on the screen, with Red Wings in white jerseys circulating on the ice behind him, Bob Probert speaks.

The puck drops to start the game.

Domi and Probert pause, turn to face each other and engage in the sort of advanced pugilism Domi had sought for months, seeking credibility as an NHL enforcer.

In the film, “Tough Guy, The Bob Probert Story,” the famous fight ensues, narrated by Probert, with occasional commentary from Mickey Redmond and others via excerpts of broadcasts.

With ample recordings gleaned by the author Kirstie McLellan Day, who assisted in his 2010 autobiography “Tough Guy: My Life on the Edge,” the film uses Probert’s words to narrate the hockey, the substance abuse, the arrests, the camaraderie and the tender family life and friendships of his life.

“The book was something he wanted to do,” said Probert’s widow, Dani, who assisted in its completion three months after her husband suffered a fatal heart attack July 5, 2010 at age 45, boating on Lake St. Clair.

“He left his words, when he was very much alive. And, I just felt, with the discussion of this being either a movie or a documentary after the book, I just wasn’t ready.

“But, after eight years and a lot of discussions with the kids to see if they were ready, it was yes, it was time,” she said.

Film 'shows him as he was'

Probert called the film “dark.” She said she appreciates the depiction of all facets of her husband’s life, including the love of “a big teddy bear” of a man.

The movie debuted Saturday in Calgary. It will be shown Thursday in Windsor, and members of Probert’s family will attend. Broadcasts are slated for premium television and On Demand, in Canada, beginning Friday.

The director, Geordie Day, the son of the author, said showing dates in Metro Detroit will be secured.

“They were doing interviews right up until the time he passed.” Day said of Probert and his mom. “So, Mom had just hours and hours or recorded interviews with Bob.

“The book is really Bob telling his own story in his own words, and that’s really what the film is. He narrates it, throughout.

“We have friends and family give their input and add their emotions to it,” he said. “But the film is really his story, and he’s the one who tells it.”

After the opening fight, the film chronicles the titanic battles between Probert and Domi.

“He was like, I’m telling you his eyes were like light bulbs,” Domi says, smiling and laughing.

Domi holds his hands with fingers folded closed near the side of his head and pops them open, a visual aid for how Probert’s eyes widened and lit as he engaged.

In a clip from a TSN interview, Probert talks about not reacting publicly to Domi’s public assertions about winning the inevitable rematch.

“You know, I’m sure I’ll see him there,” says Probert, almost bashful, immaculately dressed in jacket, tie and white shirt.

He appears so young and clean shaven, it looks like a graduation photograph.

The film abruptly cuts to their second fight.

“So, he’s lining up across from me, and I say, `Hey, you little (expletive) dummy, let’s (expletive) get it over with.”

In the first few seconds of the engagement, Probert throws a dozen right hands.

The next scene is Probert at home, opening a gift of memorabilia of his father.

“He was tough. I guess both of us boys took after him,” Probert says, referring to his brother, Norm.

Probert talks about his family life, growing up.

“He never cried at his dad’s funeral,” Dani Probert says, in the film. “That’s how he was raised.

The day after his dad’s death, Probert went to major junior hockey camp and began living away from home.

Over an old video of a brawl in juniors, Probert explains he felt he had to fight because so many other players skated and shot better than he did.

He says he believed fighting would get him to the NHL.

Away from home, not attending school, Probert says he drank heavily as an adolescent.

“It was just kind of like the cool thing to be able to drink, you know, more than anybody else,” Probert says. “It was like 12 beers a night.

“It made me feel good.

“I thought I was always kind of a shy kid and the booze turned me into someone who wasn’t that shy, you know?” he says.

“Then, I didn’t talk to girls. It made it easier.”

He missed practices and games because of his drinking.

His favorite team, the Red Wings, draft him. Probert talks about his first game, as the film shows him standing next to a boyish Steve Yzerman.

Joe Kocur says he and Probert sat in dressing rooms before games, divvying up the opponent’s roster, deciding who would fight whom.

Opponents say they had trouble sleeping the night before games against Probert. They say they were afraid.

If Probert had trouble sleeping, it might have been the cocaine.

“The first time I ever did coke was my first year of pro,” Probert says, with an aerial view of Joe Louis Arena and the Detroit River on the screen.

“It was the ‘80s, so every party you went to people were in the can doing it. Everybody had it on them.”

Chris Chelios says that he told Probert on the ice, after a fight, that playing under the influence of the drug was dangerous for other players.

A friend of Probert’s suggests it had the opposite effect on him, mellowing him, making him quieter.

Former players Colin Campbell, Jeremy Roenick and Sheldon Kennedy recall that the Red Wings tolerated far too much from Probert because of his goal scoring and the unrivaled enforcement he provided.

The three are in the Hockey Hall of Fame.

“I was drunk when I came across the border,” Probert says, narrating a drug- and alcohol-fueled accident in a Chevy Monte Carlo he bought with his signing bonus, and resulting arrest.

“They let me through and I was (expletive). Like I was blacked out, I barely remember coming across the border and I made it on to Ouellette. I made it two blocks and hit the pole and wiped out my car.”

His lawyer, Pat Ducharme, narrates the rest of the incident, including Probert continuing to drive. He ran the gray Monte Carlo through the window of a restaurant, coming to rest near the patrons at the bar.

“I remember I only had one shoe on,” Probert says, recalling the emergency room.

He says he responded to a judge’s questions by bragging that he could fight and would not want to have to fight himself.

The film cuts to Ducharme.

“Those were not good answers,” the lawyer says.

Probert, it seems, fought himself his whole life, including when he finally achieved eight years of sobriety upon returning to the NHL after multiple public incidents and arrests, when the Blackhawks paid him $1 million more per season than the Red Wings.

He says he could do it for the extra money.

It did not last.

But, as the film documents, the love of family and friends has.

The movie debuted Dec. 8 in Calgary. It will be shown Thursday in Windsor at the Olde Walkerville Theatre at 6 and 9:30 p.m. (early show is sold out), and members of Probert’s family will attend. Visit oldewalkervilletheatre.com.

Broadcasts are slated for premium TV (superchannel.ca) and On Demand, in Canada, beginning Friday.