Mike Tirico's like that kid in high school — you know, the one who was ridiculously good at everything. 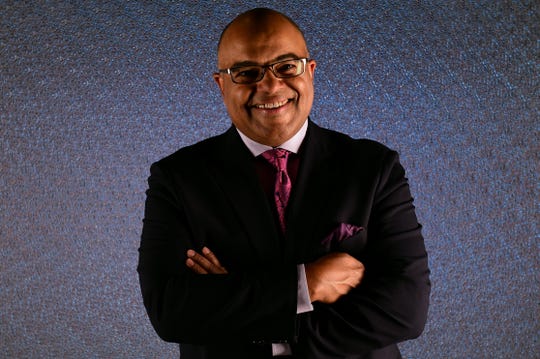 Detroit — Mike Tirico's like that kid in high school — you know, the one who was ridiculously good at everything, and even worse, made it all seem so easy.

Tirico, the veteran broadcaster, called his first NHL game Wednesday night, a 5-4 overtime win for the Blackhawks over the Red Wings at Little Caesars Arena.

But you wouldn't know it by the rave reviews.

Here's just a sampling of the Twitterverse:

Mike Tirico is a damn wizard. As a broadcaster myself i can respect a guy who can step into any sport and call it like he's done it his whole life.

Let’s just find a new sport for Mike Tirico to call every week. He’s rolling on this NHL broadcast.

Mike Tirico is good at everything.

This by all means isn’t a new development, but Mike Tirico is fantastic.

Let’s be clear on this. As excellent as Tirico is in his hockey debut on the Wings broadcast, Ken Daniels also is superb on FSD.

Compared to hundreds if not thousands of impressed viewers.

Tirico, 52, an Ann Arbor resident who is the lead sportscaster for NBC, had an exciting game to work with, leading to some impressive calls.

Among them, Dylan Larkin's first-period goal:

And then there was the OT winner, by Patrick Kane:

A memorable call from @miketirico in his first NHL game. pic.twitter.com/3oV3k5F7sw