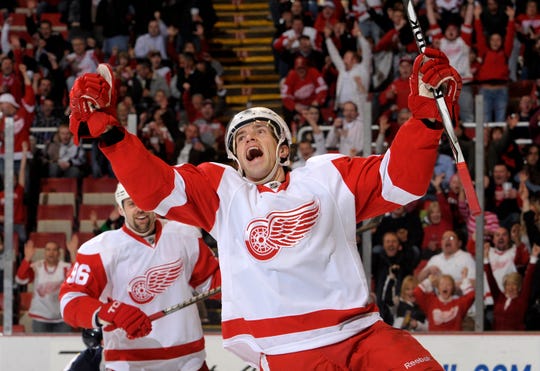 Datsyuk will play next season for his hometown team Avtomobilist Yekaterinburg of the Russia-based Kontinental Hockey League.

Until you have been away for a long time - you won’t know how much you missed your home... Pavel Datsyuk is coming home to Yekaterinburg... pic.twitter.com/aWtEMKwhyy

“Until you have been away for a long time — you won’t know how much you missed your home... Pavel Datsyuk is coming home to Yekaterinburg,” wrote Milstein, who told The Detroit News on Tuesday that a return to Detroit was unlikely.

When Datsyuk announced he was not returning to St. Petersburg, there was speculation he would be returning to the Red Wings, whom Datsyuk left after 14 wildly successful years to be closer to his family after the 2015-16 season.

But with the Wings in transition in the front office, with Steve Yzerman replacing Ken Holland as general manager, and the team undergoing a rebuild on the ice with younger players, the fit with Datsyuk just wasn’t there.