If you're looking for the rebuilding Red Wings to take a step forward next season, one sportsbook says you're going to have to look pretty hard. 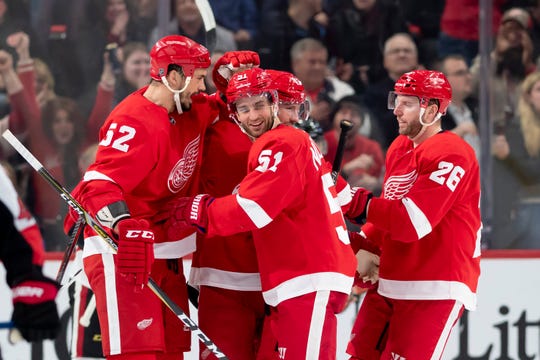 If you're looking for the rebuilding Red Wings to take a step forward next season, one sportsbook says you're going to have to look pretty hard.

SportsBetting.ag released its over/under numbers for NHL point totals next season Tuesday, setting the Red Wings' points at 75.5. That's a slim 1.5 points more than last season, when Detroit finished 32-40-10 with the fourth-fewest points in the NHL.

Only two teams — the Los Angeles Kings and Ottawa Senators — are projected for fewer points than the Red Wings, according to SportsBetting.ag.

What's more, the Red Wings' odds to win the Stanley Cup also have grown longer since the NHL draft and, more importantly, free agency, according to the sportsbook. The Red Wings' odds have gone from 66/1 on June 13 to 100/1 — longer than any other team except for the Senators.