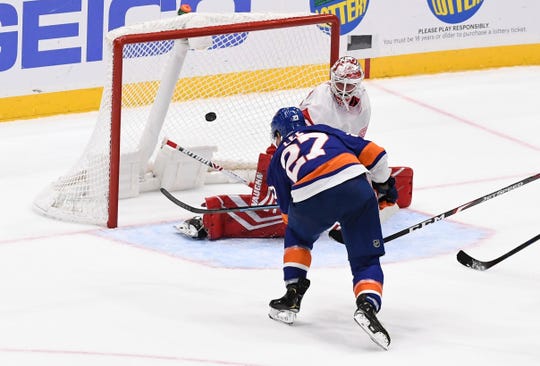 Anders Lee scored with 29 seconds left in overtime to give the New York Islanders a 3-2 victory over the Red Wings Monday in Uniondale, New York.

Jordan Eberle had the other two Islanders goals, one a power play.

The Wings are 2-1-2 this preseason, and conclude the exhibition schedule with four games in four nights beginning Wednesday in Pittsburgh.