Nick Polano, a former head coach and assistant general manager for the Red Wings, died Thursday at the age of 78. 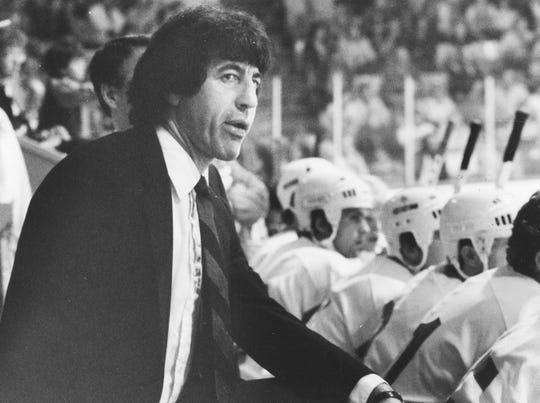 Detroit — Nick Polano, a former head coach and assistant general manager for the Red Wings, died Thursday at the age of 78.

Polano was diagnosed with Alzheimer's Disease in 2015.

Polano was head coach of the Red Wings from 1982-85, posting a record of 79-127-34. The Red Wings made the playoffs in his last two seasons, before he was replaced on the bench and moved to an assistant general manager role.

In his assistant GM for player development job, Polano gets credit for bringing in Sergei Fedorov and Vladimir Konstantinov from the then-Soviet Union, and Petr Klima from Czechoslovakia, each amid complicated defections.

"He played an important role in Red Wings history during his time with the club and his many contributions helped propel the franchise into a perennial Stanley Cup contender. On behalf of the Detroit Red Wings, Marian Ilitch and myself, we would like to extend our deepest condolences to his family and friends during this difficult time."

Prior to his Red Wings tenure, Polano was an assistant coach with the Buffalo Sabres.

He left the Red Wings in the early 1990s and joined the Calgary Flames front office, as director of pro scouting and director of player personnel. He was on that job until 2000. In 2002, he joined the Ottawa Senators as a scout.

Prior to his coaching and scouting career, Polano was a defenseman in his playing days. He had a 15-season professional career spent in the minor leagues, playing primarily in the American Hockey League (614 games) but totaling 994 combined regular-season and postseason games as a professional from 1959-74.

Despite leaving the Red Wings, he maintained his Metro Detroit ties, living in Northville. He was an avid golfer, playing at Bay Pointe Golf Club in West Bloomfield. He was an excellent cook, with Italian a specialty, and was an avid walker, often six miles a day.

Polano also was a member of Our Lady of Victory Church in Northville.

He was born in Copper Cliff, Ontario, on March 25, 1941, raised amid outdoor activities like bocce ball, water skiing, swimming and fishing, according to his obituary.

Polano is survived by Elva, his wife of 56 years; their two children, Michael and Jodi; and two granddaughters, Jordan and Jenna.