The 22-year-old defenseman is fifth in team scoring with 14 points (six goals and eight assists) while playing 23 minutes a game. 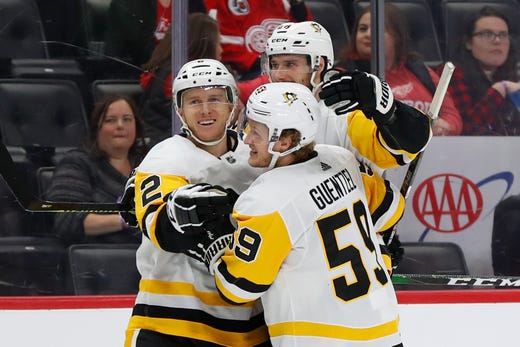 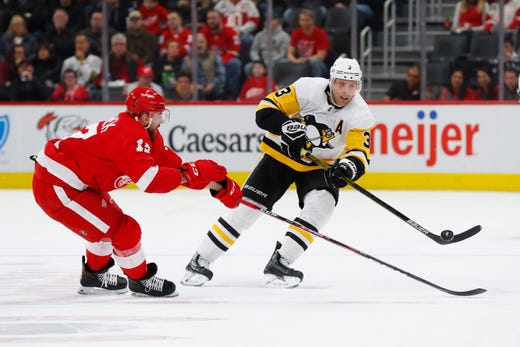 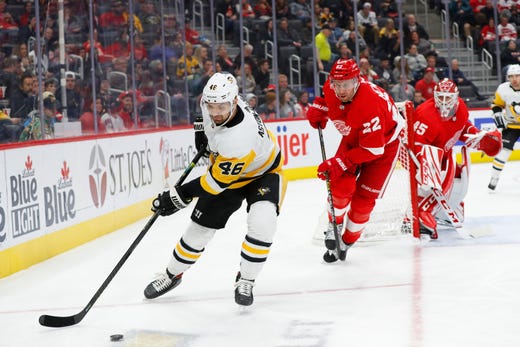 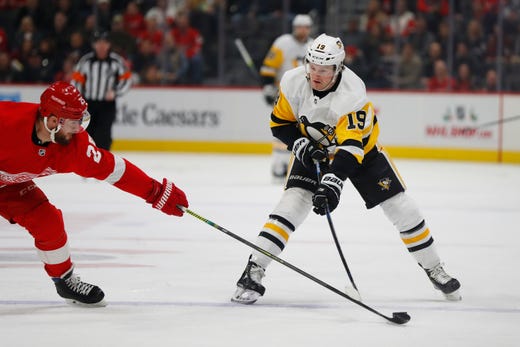 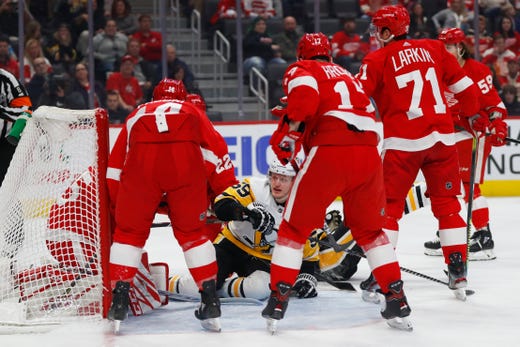 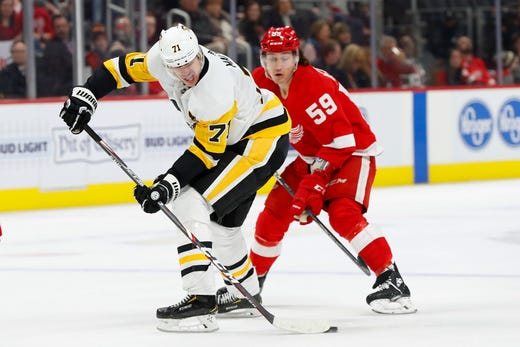 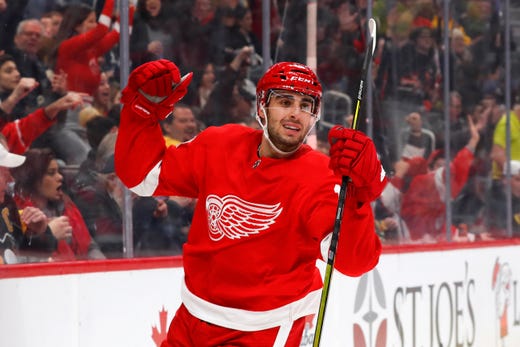 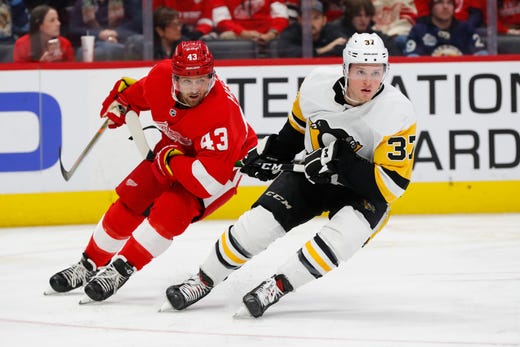 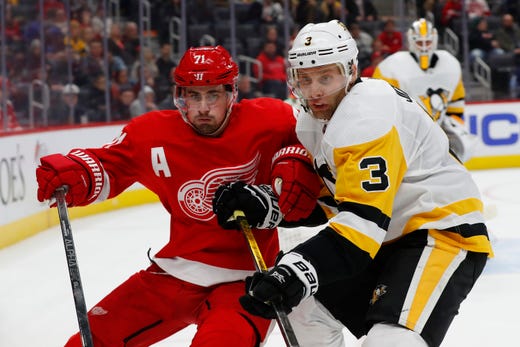 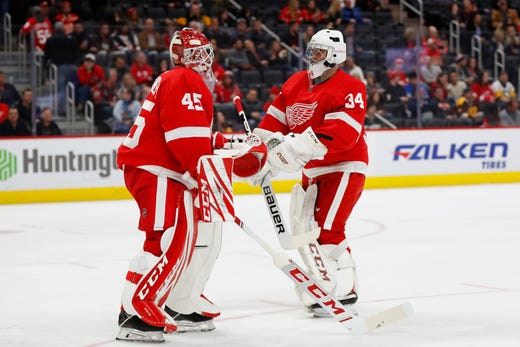 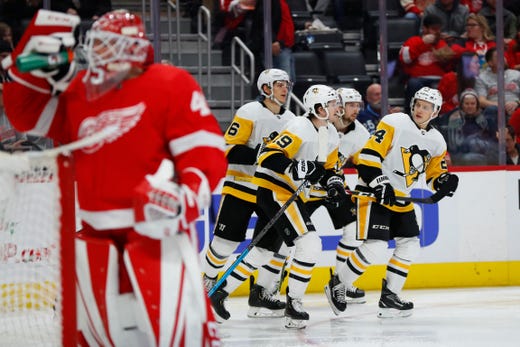 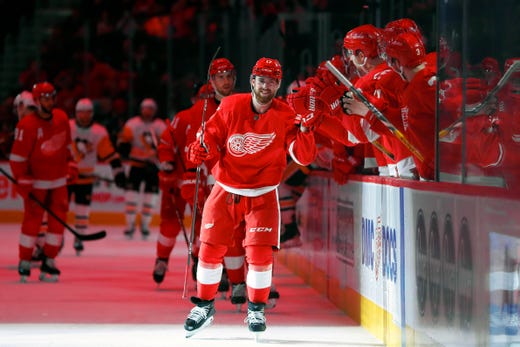 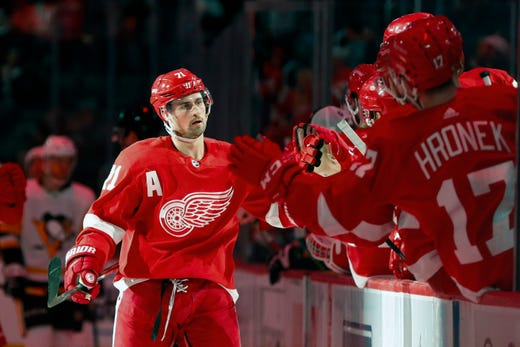 Detroit — If you look at the Red Wings’ individual statistics today — and some of them are ghastly, so don’t for long — there is a rather surprising player with the fifth-most points on the team.

It’s not a forward. It’s defenseman Filip Hronek, who continues to put together an admirable first full season in the NHL, while playing a ton of minutes and basically learning on the job.

With Danny DeKeyser hurt for the majority of the season thus far, and Trevor Daley and Mike Green missing portions of the schedule, Hronek has had to play more minutes than probably is ideal for a developing 22-year-old pro.

But Hronek has been up to the task, with 14 points (six goals, eight assists) in 29 games, with a minus-13 rating, while playing a competitive, 23 minutes a game (leading the team) — the brand of hockey that this roster needs.

“I wish in some ways we didn’t have so many injuries, so he didn’t have to play as much,” Blashill said. “You’d like to balance that out a little bit more. But he’s got thrust into a role as a penalty killer on a consistent basis. A lot of times, he’s one of our top penalty killers.

“Then, he’s a power-play guy, he’s a match-up guy for us, so that all equals to lots of ice time.

Blashill has said several times that he’s impressed with Hronek’s ability to hear what he’s doing wrong, process it, learn from it, and correct it going forward.

In addition, Hronek’s mentality to not back down and keep charging forward, no matter how this Wings’ season is going, has also been an admirable trait.

“He’s really competitive,” Blashill said. “He makes mistakes but he learns from them. He gets better from them when he’s coached and he’s real competitive.”

Defenseman Alex Biega, who joined the Wings earlier in the season, has been impressed by Hronek’s ability to transport the puck, something so vital in today’s NHL.

“He’s mobile,” Biega said. “You see the evolution of the new defensemen in the NHL, that can skate, can transport the puck up the ice, and be hard to play against defensively, be defensively reliable — he’s all those things.

“He’s a great young player, and he’s going to continue to get better.”

There aren’t moral victories in pro sports, but the Wings, while losing 11 consecutive games, are pointing to a few positives.

Falling behind to Pittsburgh, the Wings clawed back in the third period and showed a good bit of fight in a difficult situation.

On several occasions during this losing streak, the Wings have been able to play hard and stay close.

“It’s never a good feeling in the room when you lose, but we continued to build on what we were doing before we had a four-day break (last week),” forward Luke Glendening said. “We had four good days of practice and it showed (Saturday).

“We played hard, competed hard. Obviously we’re on the wrong side of the scoreboard (but) we just have to keep competing, keep working.”

Blashill noted the drive of forward Dylan Larkin, who helped ignite the comeback.

“He’s done a good job of staying with it when we’ve got down,” Blashill said. “He’s been one of the guys to be a catalyst to not let us sink. When you’ve lost the number of games that we’ve lost, and you get down 2-0, you got choices to make.

“Dylan has made the right choice a number of times. He’s done a good job of that.”