Mika Zibanejad scored a power-play goal at 12:13 of the first period, his 20th goal, batting in his own rebound at the post past goalie Jonathan Bernier. 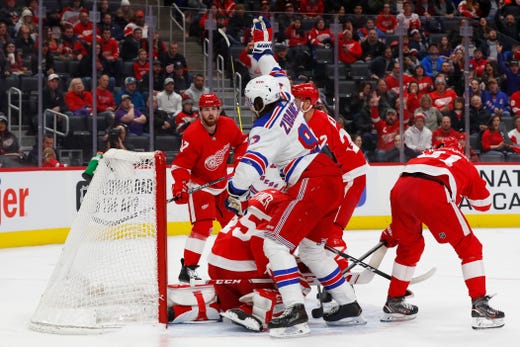 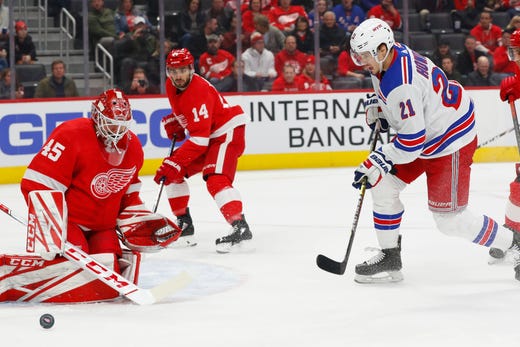 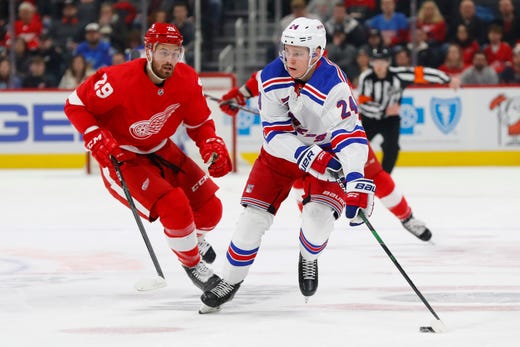 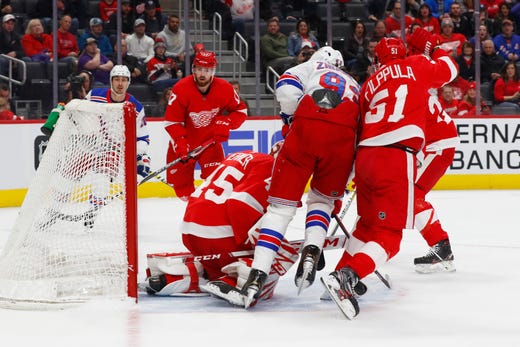 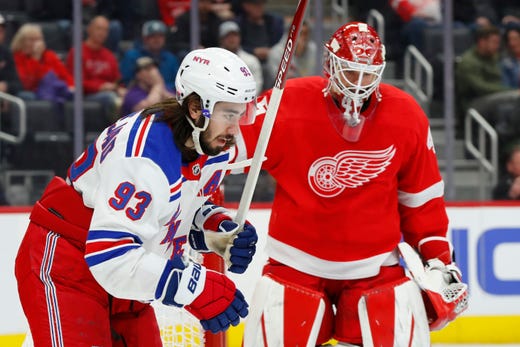 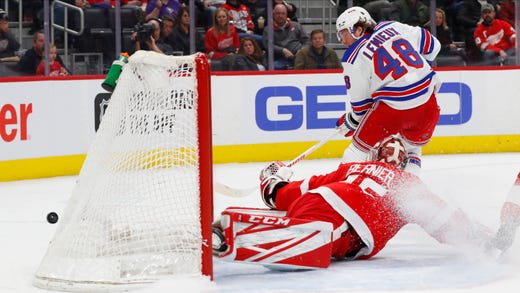 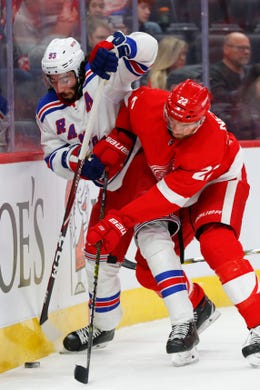 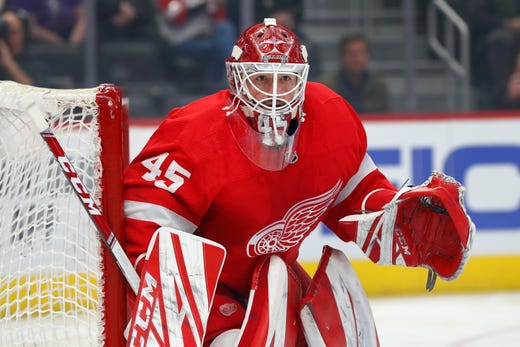 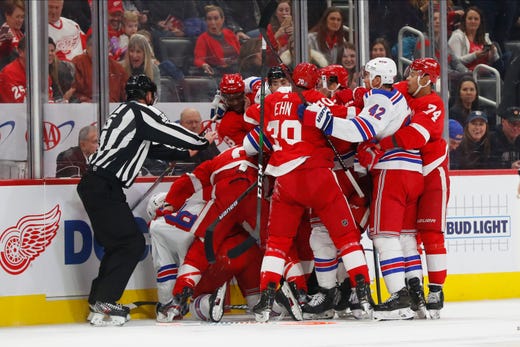 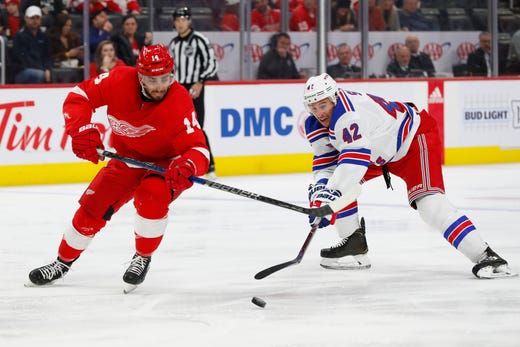 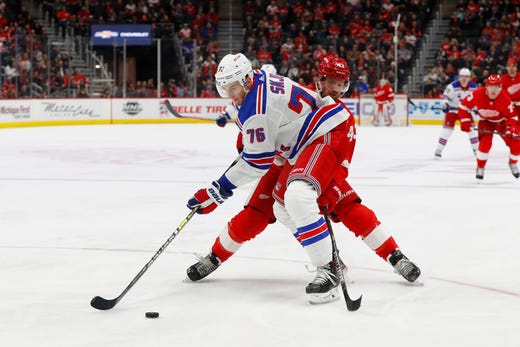 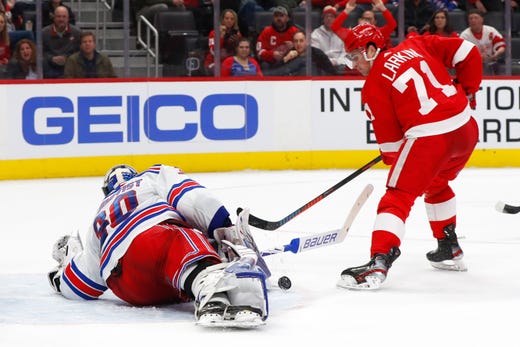 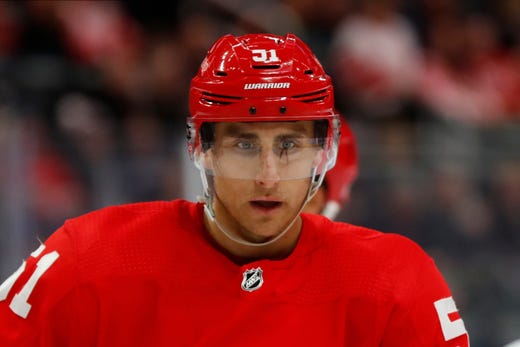 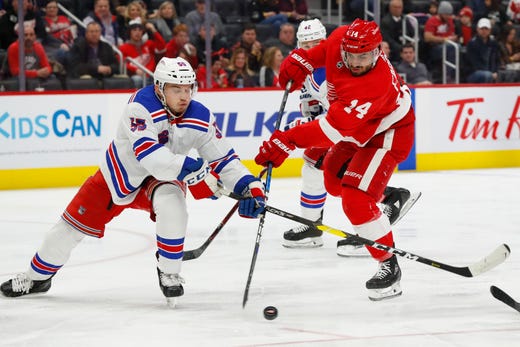 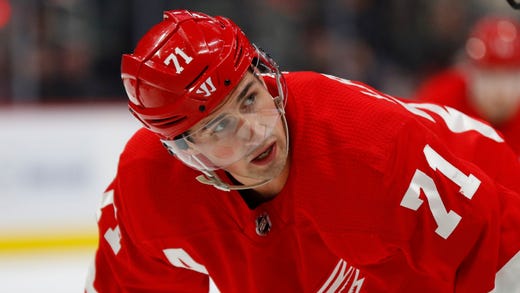 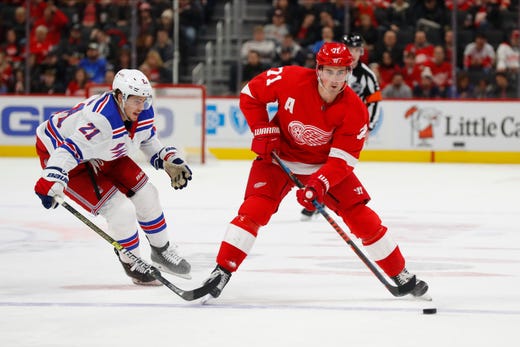 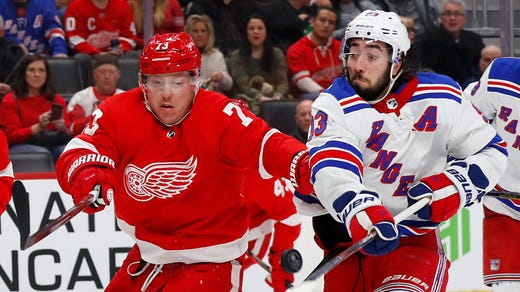 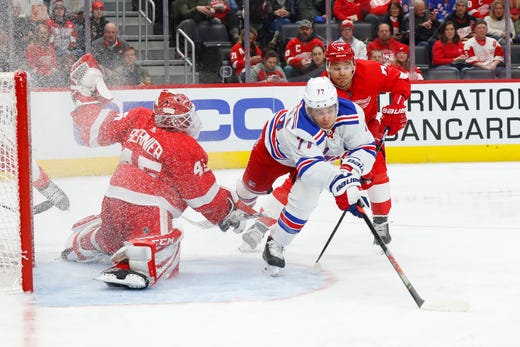 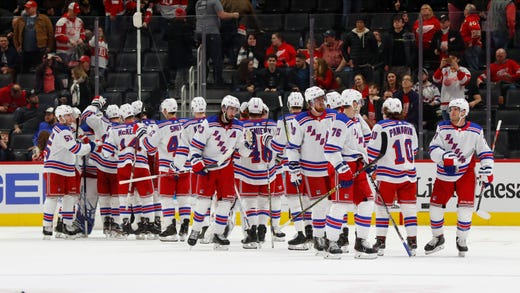 Detroit — Offensive chances, yes, the Red Wings had some Saturday.

Cashing in on them, well, that was a different story entirely, which led to a familiar ending. 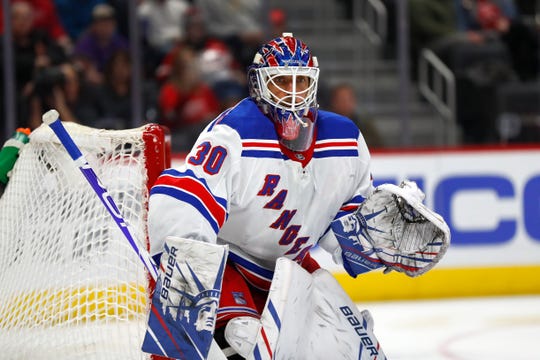 But unlike 24 hours earlier, the Wings looked significantly more competitive.

“Everything,” Red Wings coach Jeff Blashill said when asked what he liked compared to the night before. “We were way better. We looked like a hockey team. It’s certainly frustrating not to win, but from a process standpoint we were way better.”

Rangers forward Mika Zibanejad scored a power-play goal at 12:13 of the first period, his 20th goal, batting in his own rebound at the post past goalie Jonathan Bernier.

The Wings (12-37-4) certainly had opportunities against Rangers goalie Henrik Lundqvist (33 saves), who has played some of his best hockey against the Wings during his illustrious career, and did so again.

“We battled hard, we competed, we created some real good chances,” said Bernier, who was making his first start since Jan. 10 because of injury. “Hank (Lundqvist) was good.”

Lundqvist is 9-2-5 in his last 16 decisions against the Wings with a save percentage over .950.

Lundqvist was at his best in the second period, stopping Dylan Larkin on a drive to the net with seven seconds left, and robbing Tyler Bertuzzi in close.

Valtteri Filpupula, playing in his 1,000th game, had a glorious opportunity midway in the period, but drove the puck into the post, then shot the puck through the crease with Lundqvist scrambling out of position.

“It wasn’t the first time I missed a good scoring chance, I’m sure it’ll happen in the future as well,” Filppula said. “It’s part of it. You hope you could score on all those chances but unfortunately that isn’t the case.

“It felt like we had a lot of good chances. It sure would have been nice to score. It’s a tough loss. We played well, we had a lot of chances and didn’t give up a whole lot.”

Playing on consecutive nights against the same team, there was an edge to Saturday’s game, with several scrums getting the announced sellout crowd into the game early.

The Wings answered the bell in that respect, and many other facets.

“We showed up tonight, and from the start the crowd was into it, we just didn’t find the back of the net,” Larkin said. “It was the story of the game. But we were much more competitive, supporting each other, more physicality and sticking together.

“Those are the things you want to see.”