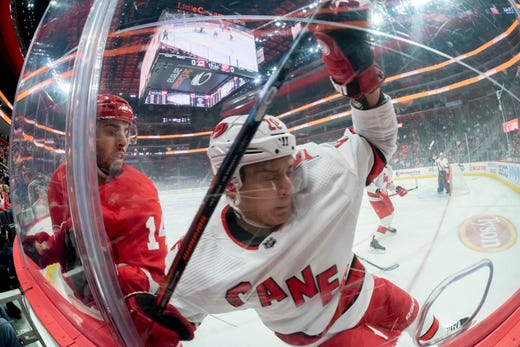 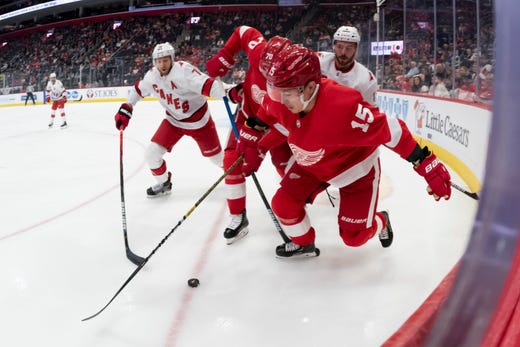 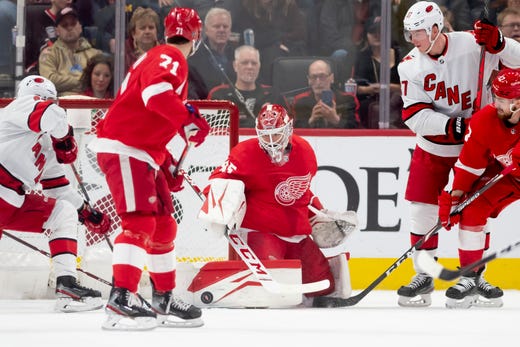 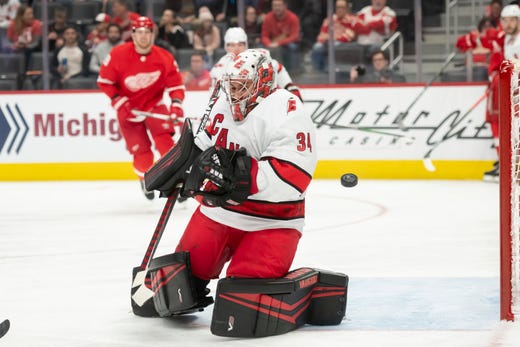 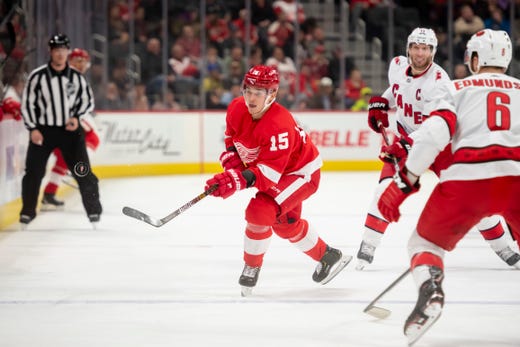 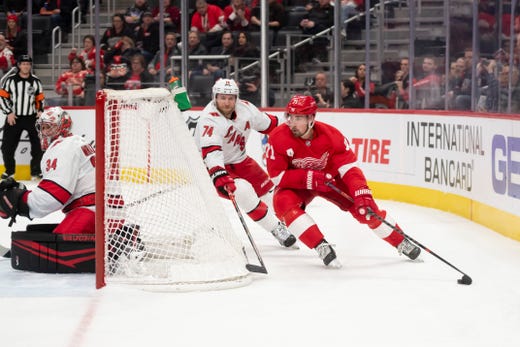 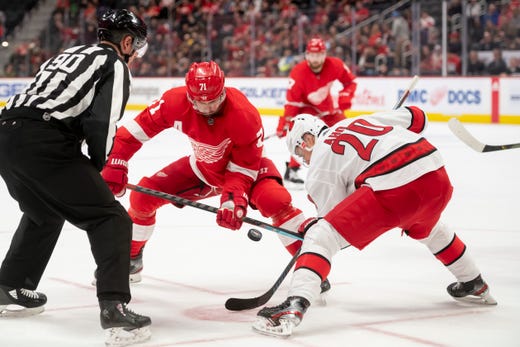 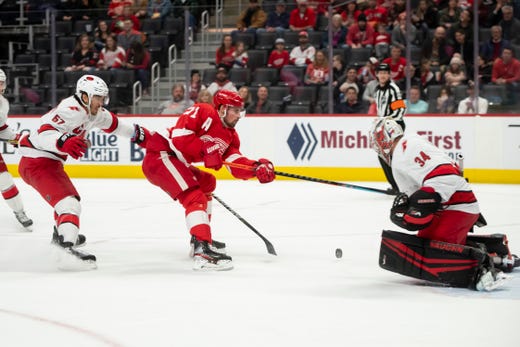 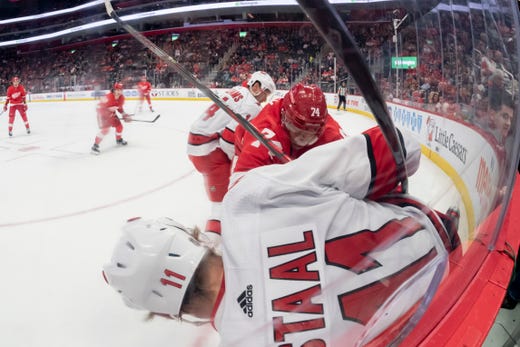 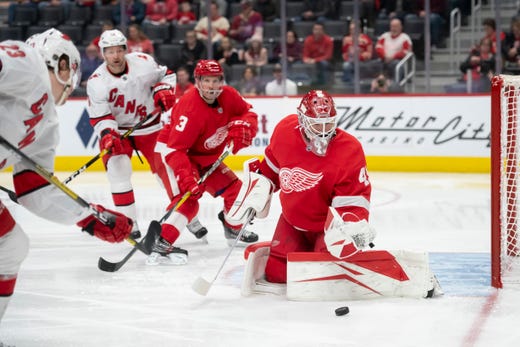 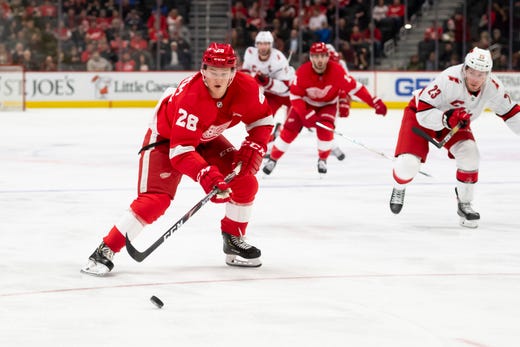 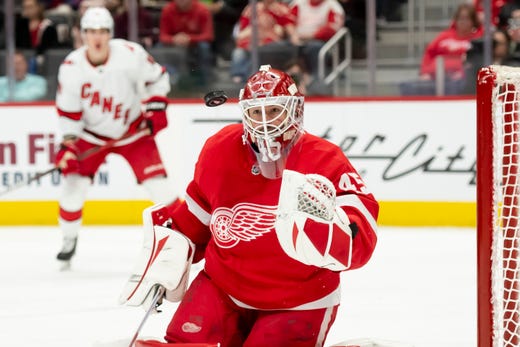 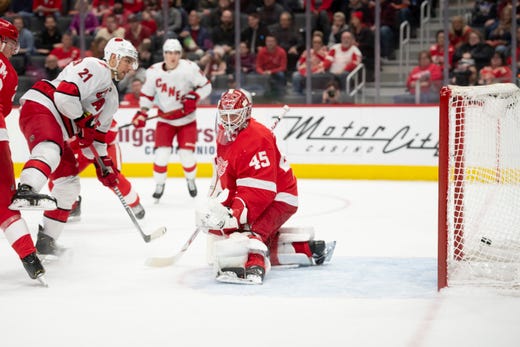 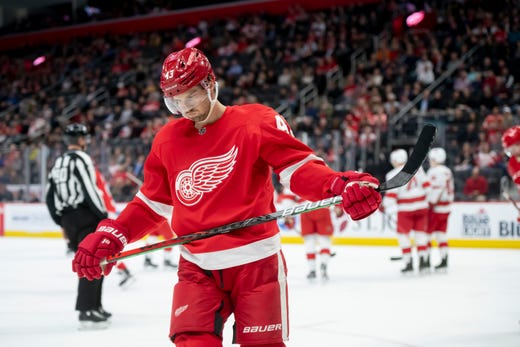 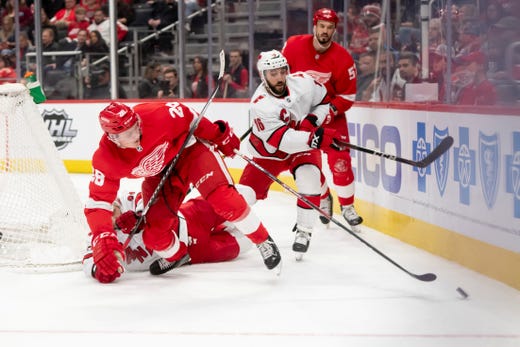 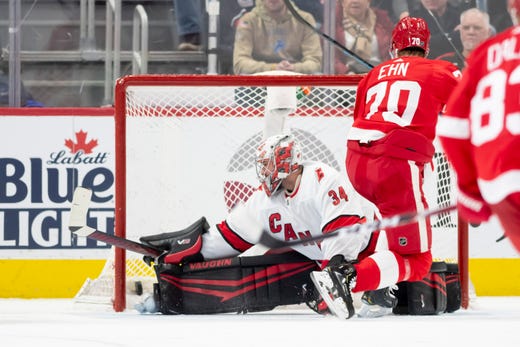 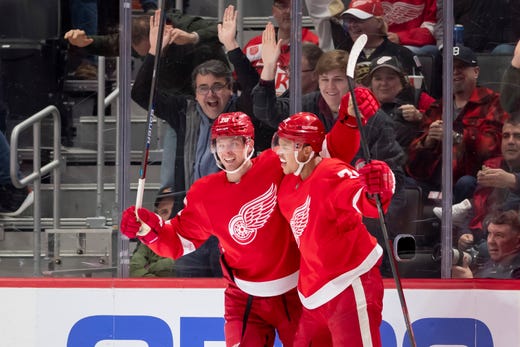 The two teams mix it up during a second-period scrum. David Guralnick, Detroit News
Fullscreen 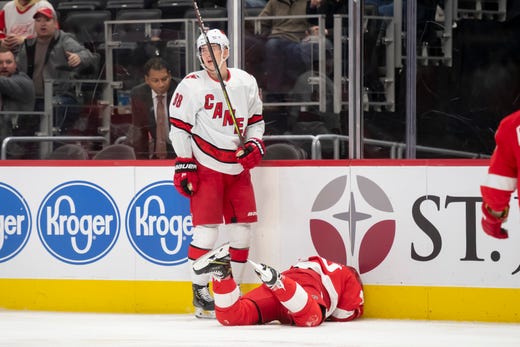 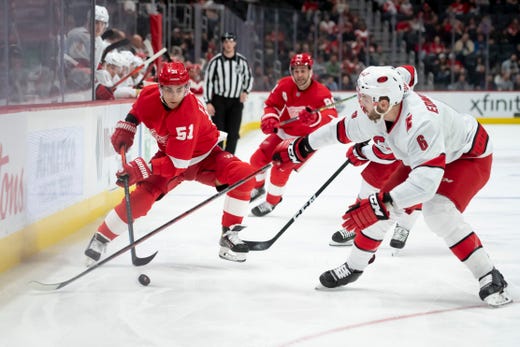 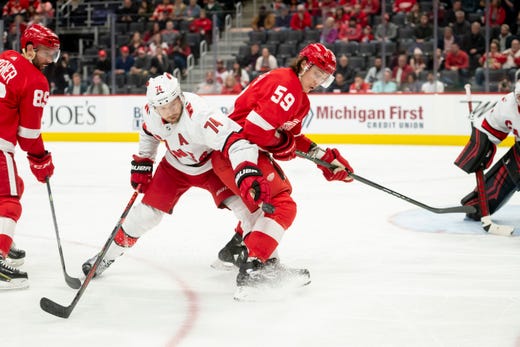 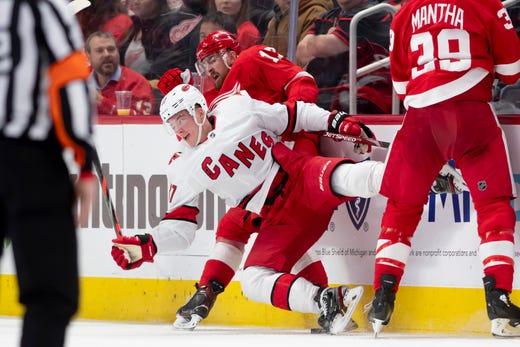 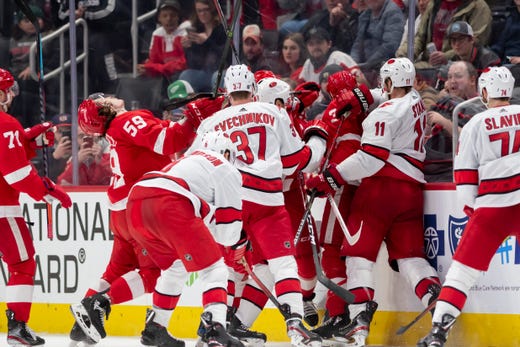 The two teams mix it up after a hard check by Detroit in the third period. David Guralnick, Detroit News
Fullscreen 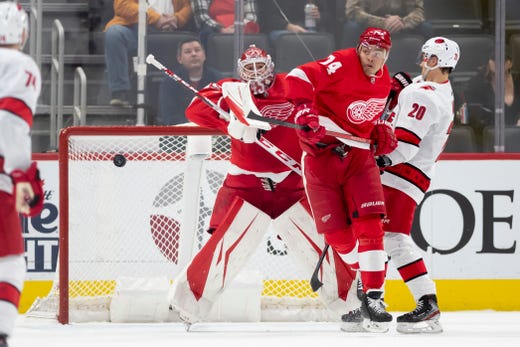 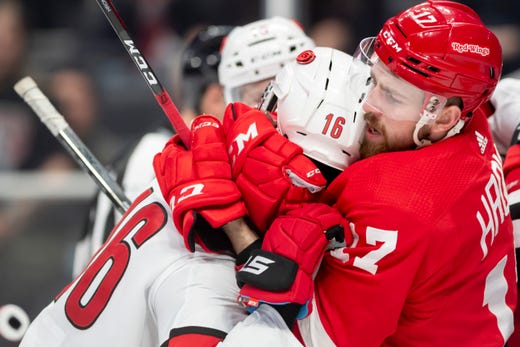 Detroit defenseman Filip Hronek and Carolina center Vincent Trocheck mix it up as the two teams get physical with each other in the third period. David Guralnick, Detroit News
Fullscreen

Detroit — Hockey teams that win the special teams game within the game usually wind up winning, well, the game, also. 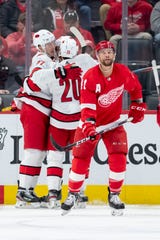 For what it’s worth, the Wings (17-49-5) clinched last place in the NHL, something that was trending that way for months.

For that, the Wings will get an 18.5 percent chance to land the No. 1 pick in the draft lottery — although Ottawa, which also holds San Jose’s first-round pick, may have the edge when combining the two teams’ percentages depending on where the Senators and Sharks finish.

But, that won't be decided for another few weeks.

Tuesday, the Wings entered the third period tied at 2, but Williams (8th goal) and Aho (37th goal) scored early in the third period, and Aho added his 38th on the power play, with 2:02 left to close out the scoring.

“For 40 minutes we played pretty well, real well at times,” coach Jeff Blashill said. “Obviously in the third, they out-specialty teamed us and that’s the difference in the game.”

Williams took a pass from Andrei Svechnikov from to the side of the net and snapped a shot past goaltender Jonathan Bernier at 1 minute, 38 seconds.

Then, with the Wings struggling on their own power play, Hurricanes forward Teuvo Teravainen intercepted an errant Robby Fabbri pass and fed Aho on a breakaway. The shorthanded goal came at 4:23 and put the Hurricanes up 4-2.

“Going into the third it’s a 2-2 game and we had played pretty good overall,” Bernier said. “They’re a team that has capitalized all year, they don’t need a whole lot of scoring chances. They have skilled players and depth in their lineup.

“Sometimes your best penalty kill is staying out of the box.”

Former Red Wing goaltender Petr Mrazek stopped 23 shots for the Hurricanes in his first game since Feb. 22 because of injury.

The disappointing performance of the Wings’ power play was a key factor, as it got progressively worse as the night went along.

“In the third (period) we didn’t even generate momentum, so that’s kind of the hockey game there,” forward Dylan Larkin said. “We have to work together and get the puck in the zone, dig in on faceoffs, and need to be more competitive.”

Blashill wants to see the power play “bear down” and keeping it simple.

“Guys have to bear down and make way better plays,” Blashill said. “We are a little careless and bored with simple at times and we want to make plays that aren’t there. It wasn’t necessarily the case tonight, but you have to make sure you’re digging in and valuing the puck than we are.”