Wolverines captain Will Lockwood signed a two-year, $1.6 million contract with the Vancouver Canucks.

Wolverines captain Will Lockwood signed a two-year, $1.6 million contract with the Vancouver Canucks on Thursday.

"Will is a hard-working, two-way winger with natural scoring ability," Canucks general manager Jim Benning said. "He’s willing to get in on the forecheck, he’s physical and will hit. He’s a guy we see as a top-nine forward, at worst a fourth-line energy guy.” 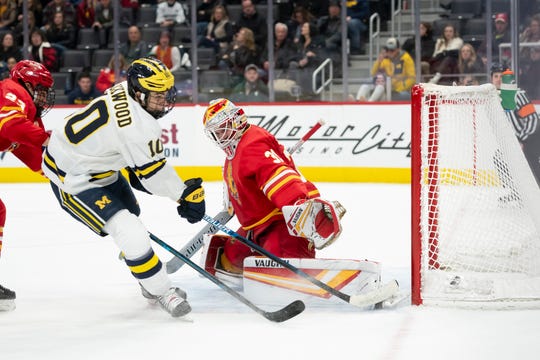 On the international stage, Lockwood helped Team USA earn bronze medals at the IIHF world junior championships (2018) and the U-18 men's world championship (2016).