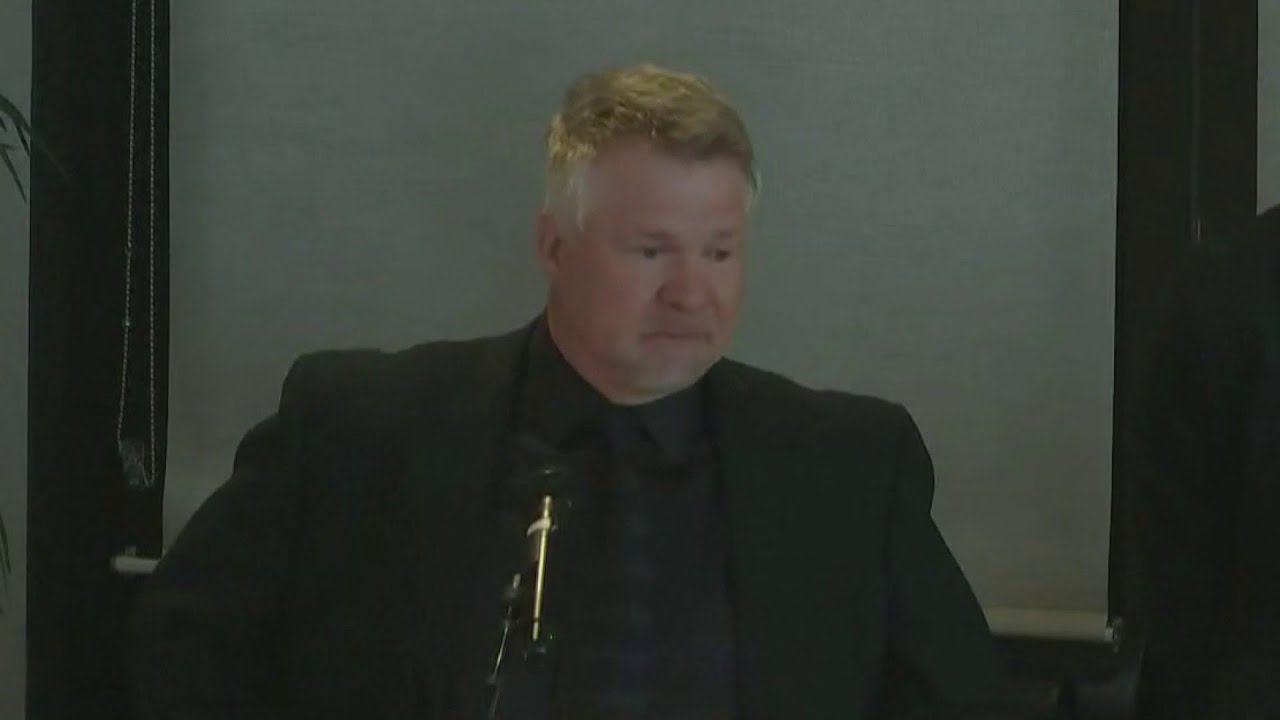 Kivlenieks, 24, died July 4 when a fireworks mortar struck him in the chest. Kivlenieks was attending the wedding of Legace’s daughter at Legace’s Novi home.

“I love you, I always will love you, you were my son,” said Legace, standing with Columbus goaltender Elvis Merzlikins. “You were a great friend to everybody here.”

The public comments were Legace’s first since the accident. Kivlenieks spent the last several summers at Legace’s Novi home and developed friendships with many Michigan residents.

“You made Kivi feel at home, Michigan was his second home,” Legace said.

Kivlenieks and Legace had developed a close bond since the Latvian goaltender signed with Columbus as an undrafted free agent in 2017.

“Ever since Kivi joined our organization he would come up and live with my wife and I every summer,” Legace said. “He became a son to us. He lived with us through the pandemic. I got to play golf with him every day in the summer, got to hang out with him, play cards.

“He got to become one of my family. He got to be a brother to my daughter and my son, a great friend to our nephew.

Legace added that Kivlenieks wouldn’t have liked all the attention of the memorial, adding “he’d want everyone to just have a beer and go on their way. He made us so proud, on and off the ice. The way he greeted people with a smile, never wanted to be the front of attention.

“I want to thank Matiss’ mom and dad for raising a beautiful child.”

Legace supplied a laugh during the service when he noted the attendance of former Columbus coach John Tortorella at the service.

“Look at how many lives he (Kivlenieks) touched,” Legace said. “Torts even flew in, and he hates goalies.”

At which point, Merzlikins added, “that’s the funniest thing that you’ve ever said.”

Merzlikins shed light on the July 4 accident when saying Kivlenieks saved the lives of Merzlikins and his wife and baby on his way.

Merzlikins said he was hugging his pregnant wife, approximately 20-30 feet behind Kivlenieks, when the fireworks mortar struck Kivlenieks.

"He saved my son, he saved my wife and he saved me,” Merzlikins said. “He died as a hero."

Novi police said Monday they have completed their investigation into Kivlenieks' death and turned in their findings to the Oakland County Prosecutor’s Office for review.