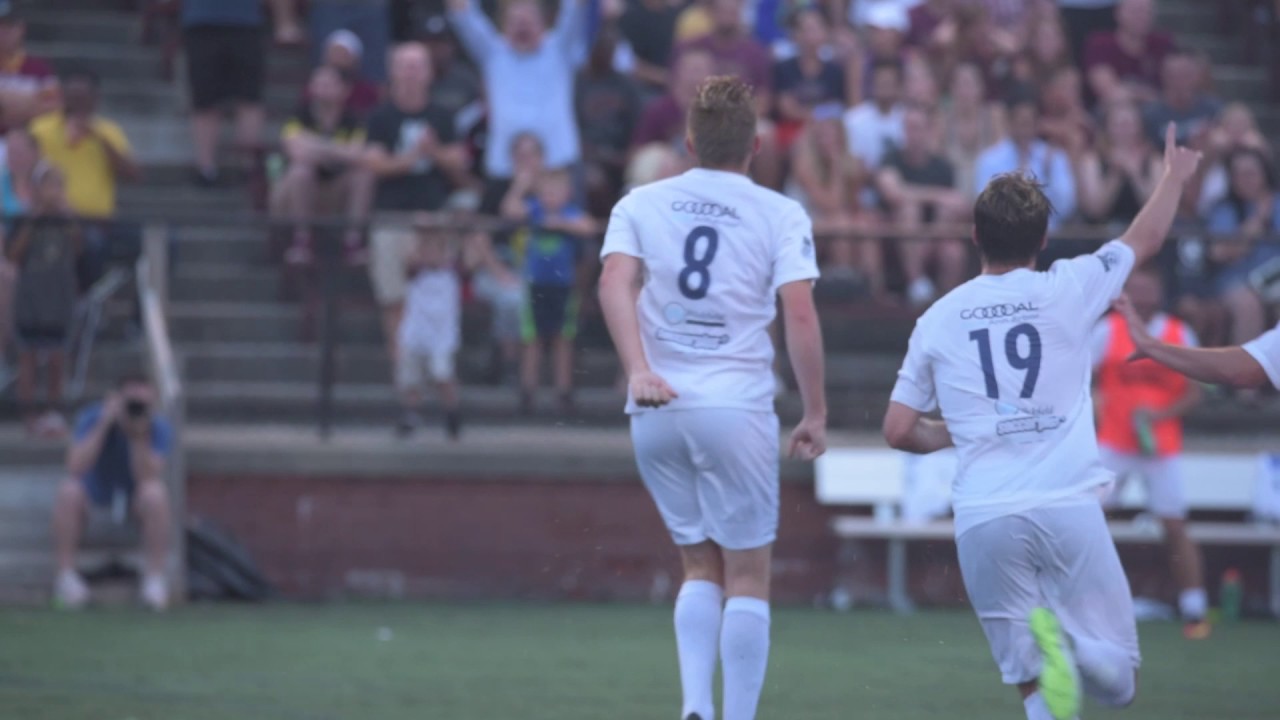 Alec Lasinski entered as a second-half sub and changed the course of a match, if not AFC Ann Arbor’s season.

Then Lasinski got in on the act at the 64th minute.

The 5-foot-11 forward instinctively pounced on a loose ball in the box and fired toward the net. When that attempt was blocked, he tried again and this drive slipped past DCFC goalkeeper Fernando Pina.

AFC Ann Arbor went onto win 3-1 and reclaimed first place from DCFC in the National Premier Soccer League Great Lakes Conference. The club proceeded to earn the No. 1 seed and a first-round playoff bye.

Ann Arbor plays No. 6 Dayton in the Midwest Region semifinals Friday at 5:15 p.m.

Lasinski’s match-winner July 11 is one reason The Mighty Oak enters the postseason well-rested and confident.

“I think that is a statement of his mentality,” AFC Ann Arbor coach Eric Rudland said. “He's a guy where if fans are screaming at him or whether we're away or at home, it doesn't matter, he performs at a really consistent level, which for players who want to have success at this level and who want move to the next level is key.”

Lasinski, 20, simply wanted to move home, which is why he chose to play for AFC Ann Arbor after spending last season with Detroit City FC.

“I loved playing with Detroit City,” said Lasinski after an AFC Ann Arbor practice at Concordia College this week, “but I live right next to here so the 15-minute drive really helps and it's a great team and a couple of my friends from childhood came here and I wanted to play with them.”

He starred at Ann Arbor Skyline where he was named the state’s Mr. Soccer in 2013, leading the school to a state Division 1 title. He totaled 32 goals and nine assists en route to earning First Team All-State and All-America honors in that magical season.

In his senior year, though, he opted to play for Wolves Academy, facing the likes of Chicago Fire and Shattuck-Saint Mary’s. The experience prepared him for Loyola Chicago where he led the team with seven goals — three of those match winners — as a sophomore.

Lasinski has three goals for AFC Ann Arbor this season, all of which have come after the team lost talisman, Cuban international Dario Suarez, to a six-month ban after he kicked a ball at a referee after a match against Lansing United.

Kwesi Allen, Kyle Breitmeyer  Jesse Muskwe, Kaleb Jackson and Vaughan are the others who’ve taken up the goal-scoring duties in Suarez’s absence.

“I feel like we got used to the fans a little bit,” he said. “As a team, it can be hard going there and playing against (Detroit). But once you realize on the field everything is 11 v. 11 that the fans didn't really matter all that much. I feel we kind of rallied and we kind of pushed back.

“Once we scored a goal, I felt like we were going to go ahead.”

Tickets: $10 each day or $15 for a weekend pass for admission to semifinals and final matches. One ticket Friday is good for both semifinal games. For tickets go to tickets.detcityfc.com