Joe Cada is trying to pull off the unthinkable, a second World Series of Poker Main Event championship in the modern era of huge fields. 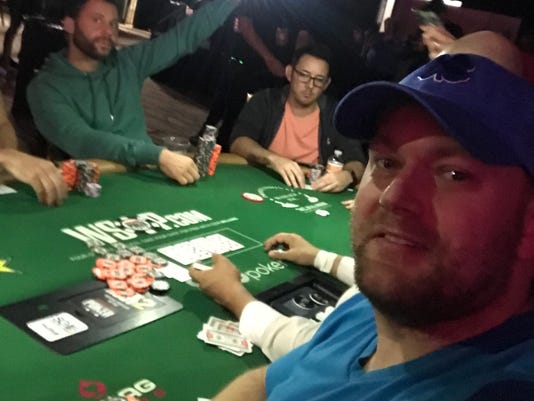 A ferocious storm surged into Las Vegas late Monday night, killing the lights at the Rio All-Suite Hotel and Casino.

But the lights still haven't gone out for four Michigan men who remain alive in the World Series of Poker circuit's grandest tournament, the Main Event.

All remaining players are guaranteed a payday of at least $57,010, with pay jumps taking place all the way until an $8.8-million winner is crowned later this week.

Headlining the remaining Michigan contingent is 2009 Main Event champion Joe Cada, of Shelby Township. Cada is trying to pull of the unthinkable — winning a second Main Event championship in the modern era of 6,000-, 7,000- and 8,000-player fields.

Cada, 30, sits at 2.965 million chips entering Day 6, which is rather remarkable, considering he's played most of the tournament grinding with a short stack. ESPN poker analyst Lon McEachern's pick to win the 2018 tournament, Cada was as low as 9,000 chips on Day 2; 50,000 is the starting stack.

Cada had two big hands Monday, both involving pocket jacks. In the first one, his opponent had the jacks and Cada, all-in, had king-queen of clubs. The first four community cards didn't help him, but the river was a miracle king, doubling him up.

The second one, Cada had the jacks and had his opponent all-in with ace-king. The board didn't help either player, giving Cada a more comfortable stack as he attempts to become the first multiple Main Event winner since Stu Ungar won his third in 1997. But Ungar did it back when the fields were in the hundreds of players. 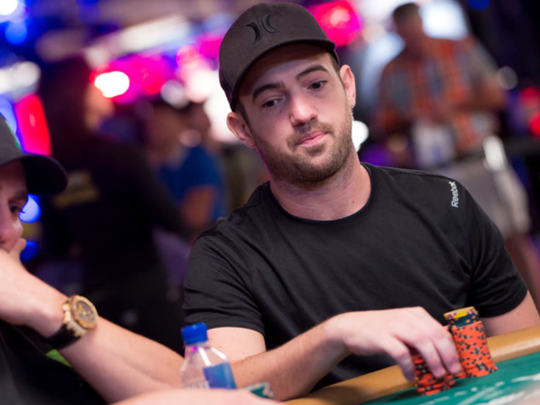 Other Michigan players still in the field include:

For Manion, this is the first time he has played in the Main Event, and like Cada, he was short-stacked for much of the early portion of the tournament before slowing chipping up. His run is so surprising, even to him, he only brought enough clothes to Vegas to get through Day 3. On Monday night's 90-minute dinner break, Manion headed over to the Vegas home of fellow Muskegon poker professional Jordan Young, just so he could get some laundry done.

Monday's Day 5 ended about an hour earlier than expected, as the Rio suffered a power outage that left the poker room in the dark — and players using cell-phone flashlights to illuminate the room so the final hands could be completed.

Play is expected to get down to the final three tables Tuesday.