Michigan Stadium will host a match between FC Barcelona and SSC Napoli on Saturday, Aug. 10. 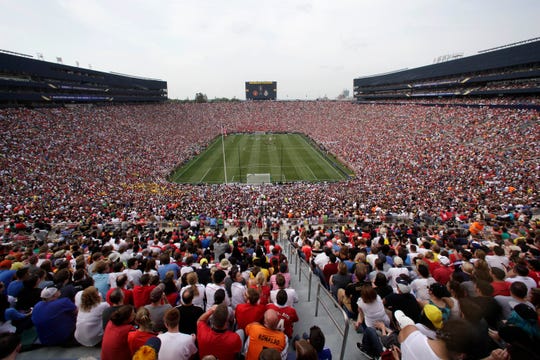 Michigan Stadium will host a match between FC Barcelona and SSC Napoli on Saturday, Aug. 10 in the inaugural LaLiga-Serie A Cup, Relevent Sports Group announced Wednesday.

The Michigan Stadium match will be the second of two exhibitions in the United States between the clubs, following an Aug. 7 meeting at Hard Rock Stadium in Miami Gardens, Fla.

The Michigan Stadium match was first reported by the Spanish newspaper Sport.

The LaLiga-Serie A Cup will feature annual matches between the two leagues.

Go to MGoBlue.com for ticket information.