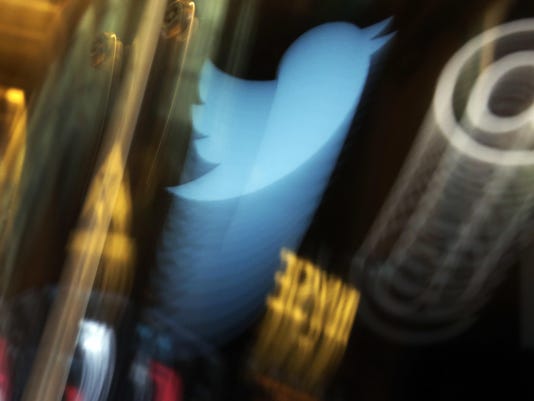 In this Wednesday Nov. 6, 2013, file photo, the Twitter logo appears on an updated phone post on the floor of the New York Stock Exchange.(Photo: Richard Drew / AP)

The social media site famous for hashtags and a 140-character “tweet” limit turned 10 years old Monday, having evolved from what was originally billed as a “microblogging” site into one of the Internet’s most influential means of communication.

The world’s first tweet, which was sent by co-founder Jack Dorsey on March 21, 2006, read “just setting up my twttr.”

When Capt. Chesley Sullenberger safely landed a disabled US Airways plane with 150 passengers into a frigid Hudson River in January 2009, witnesses tweeted photos of passengers being rescued from the floating plane. At the time, it seemed unthinkable that Twitter didn’t exist just a few years earlier.

But after a long streak of robust growth that turned it into one of the Internet’s hottest companies, Twitter’s expansion has slowed dramatically over the past year and a half.

At the end of 2015, it had about 320 million active users, far short of social networking leader Facebook and its 1.5 billion users.

Twitter Inc. executives have acknowledged their struggle to convince people the service is essential. They have tweaked Twitter’s format in a bid to make it easier and more engaging to use. That’s seen as key to expanding Twitter’s user base, which would in turn allow it to sell more advertising and to begin to make money for the first time.

The San Francisco-based company last year added a “Moments” feature, a tool that bundles video, photos and links to news stories, making it easier for people to find hot topics of discussion without needing to figure out whom to follow to receive updates.

It also got rid of its star icon signifying a “favorite” tweet, in favor of a heart icon, similar to Facebook’s “like” button. Twitter then changed the user timeline, showing first the popular tweets related to people users follow, then the real-time feed, a feature users can turn off.

Hardcore Twitter users seemed mostly dismayed by the new changes and were borderline apoplectic when rumors circulated that the company was considering doing away with the 140-character limit.

The company rehired Dorsey for a second stint as CEO last summer, and he signaled his resolve to make Twitter profitable by laying off 336 employees, or 8 percent of its workforce.

But company lost another $90 million during the final three months of last year, preserving its profitless history.

That lackluster performance has hammered Twitter’s stock, which is trading at less than $17 per share, down from nearly $50 per share a year ago. Twitter’s November 2013 initial public offering price was $26 and it reached $70 per share in early 2014.