Three new iPhones will be introduced at an event next month

Apple Inc. is readying a clutch of new hardware for the coming weeks and months, including “Pro” iPhones, upgrades to iPads and its largest laptop in years.

The Cupertino, California-based technology giant is planning to announce three new iPhones at an event next month, according to people familiar with the situation. The handsets will likely go on sale in September, contributing to fiscal fourth-quarter sales. But the real test will come in the crucial holiday season. That’s when the company is banking on a combination of new hardware, software and services to drive revenue higher, following a huge miss at the end of last year. 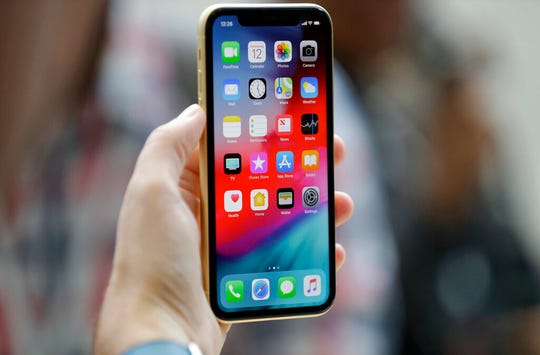 Also coming in 2019: refreshed versions of the iPad Pro with upgraded cameras and faster chips, an entry-level iPad with a larger screen, new versions of the Apple Watch, and the first revamp to the MacBook Pro laptop in three years, the people said. Updates to key audio accessories, including AirPods and the HomePod speaker, are in the works, too, these people added. An Apple spokeswoman declined to comment.

Beyond these unannounced products, Apple is gearing up to launch a refreshed Mac Pro and its accompanying monitor, iPhone, iPad, Apple TV, Mac and Apple Watch software updates, as well as its Apple TV+ video and Apple Arcade gaming subscription services.

Here’s what to expect:

Apple plans to launch three new iPhones, as it has done each year since 2017. “Pro” iPhone models will succeed the iPhone XS and iPhone XS Max as well as a successor to the iPhone XR.

The main feature of the Pro iPhones will be a new camera system on the back with a third sensor for capturing ultra-wide-angle photos and videos. The extra camera will let users zoom out and capture a larger field of view. The sensors will capture three images simultaneously and use new artificial intelligence software to automatically correct the combined photo if, for example, a person is accidentally cut out of one of the shots. The new system will also take higher resolution pictures rivaling some traditional cameras.

The high-end handsets will have significantly upgraded video recording capabilities, getting them closer to professional video cameras. Apple has developed a feature that allows users to retouch, apply effects, alter colors, reframe and crop video as it is being recorded.

Another notable new feature: A reverse wireless charging system so that a user can power-up the latest AirPods in the optional wireless-charging case by leaving it on the back of the new Pro phones. The high-end iPhones will look nearly identical to the current models from the front and feature the same size screens.

The new models should hold up better when they’re dropped due to new shatter-resistance technology. The phones will include a new multi-angle Face ID sensor that captures a wider field of view so that users can unlock the handsets more easily even when the devices are flat on a table.

All the new iPhones will have faster A13 processors. There’s a new component in the chip, known internally as the “AMX” or “matrix” co-processor,to handle some math-heavy tasks, so the main chip doesn’t have to. That may help with computer vision and augmented reality, which Apple is pushing a core feature of its mobile devices. None of the new models will include 5G, but next year’s will.

After launching new mid-tier iPad Air and iPad mini models earlier this year, Apple plans to refresh the iPad Pro and its low-end iPad for schools. The 11-inch and 12.9-inch iPad Pros will get similar upgrades to the iPhones, gaining upgraded cameras and faster processors. Otherwise, the new iPads will look like the current versions. The low-end iPad’s screen will be10.2-inches. That means Apple will likely no longer sell a new model with a 9.7-inch display, discontinuing the original display size after using it for nearly a decade.

After revamping the Apple Watch last year with a new design and bigger screens, this year’s changes will be more muted, focusing on the watch OS 6 software update, and new case finishes. References to new ceramic and titanium models have been found in an early version of iOS 13, Apple’s latest mobile operating system.

Apple is working on new AirPods that are likely to be more expensive than the current $159 model. New features will include water resistance and noise cancellation with a launch planned by next year. Apple introduced a new version of the entry-level AirPods in March with hands-free Siri support and longer battery life.

Apple is also working on a cheaper HomePod for as early as next year. The current $300 model hasn’t sold very well.

Apple is planning a revamped MacBook Pro with a screen over 16 inches diagonally. The bezels on the new laptop will be slimmer, so the overall size of the laptop will be close to the current 15-inch models. It’s part of an effort by Apple to retain and woo professional computer users. Apple is also launching the previously announced Mac Pro and 32-inchXDR Pro Display this year.