Detroit — Metro Detroit's weather this week is expected to turn rainy and windy but likely will become turkey-coma calm for the holiday.

But the forecast calls for rain and wind before the holiday arrives. 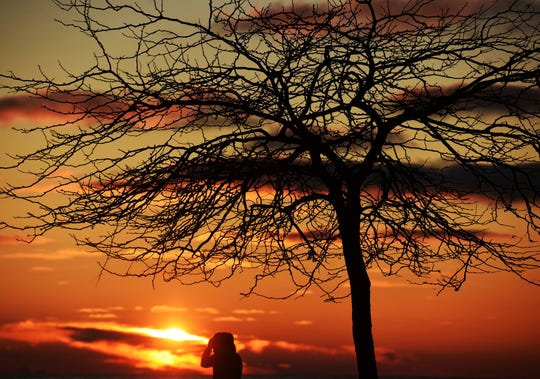 For the most part Tuesday will be quiet, Richter said, with mostly cloudy skies and temperatures close to 50. There's a chance of rain late in the day.

"The main weather is coming Tuesday night and into Wednesday," he said. "Tuesday night there's a chance of rain and thunderstorms." The Metro Detroit area could see as much as an inch of rain.

Rain will continue Wednesday but "the big thing is that it will be pretty windy," Richter said. "There's potential for winds to reach 40-45 mph throughout the day."

On Thursday, weather in the area is forecast to be dry, cool and quiet. Thursday's high is expected to reach a high of 40 degrees and fall to a low of 31 degrees.

Richter said a strong low pressure system lifting out of the Great Plains and into the northern Great Lakes will drive the week's weather. "The main part of the system will stay at our west, so we're on the warmer side and it's all rain and wind as the storm lifts into Ontario."